Advantages of TL866II Plus Programmer:

This programmer has high performance and high capacity USB interface because it has built-in MCU. It has the communication speed of 12 Mbps, as it has a well-designed programming algorithm and USB high-speed communications. TL866II Plus Programmer is one of the fastest integrated programmers. The quality of speed has made it more efficient.

This programmer is made with unique ultra-low power chips and is furnished with electricity via USB interface. It is the first program which can program the extensive list of chips without any need of external power supply. Their power consumption is less than 65mA and the power rate is less than the other programmers with VCC VPP programming. This programmer not get heated up after continuous use. It can give enough power to the programmable chip.

This is one of the smallest programmers in the world, with the size of 10CM*6CM*2.5CM. It exactly has the size of the driving card. It means you can carry this programmer anywhere without the external power supply.

VPP and VCC programming voltages are independently program-controlled: programmable VCC is from 1.8V to 6.5V; VPP is from 1.8V to 18V. The fluctuation of a power supply is minor because of the multi-stage LC filter.

This programmer has the most versatile pin configuration. There is no need to turn or move around the chip while programming. Only put the chip forward and the handle direction of the programmer is the PIN1 place. It is designed according to the common operating habit of the user.

It has the upgrading function. As it has the built-in hardware firmware program, which makes your programmer be timely updated. You can upgrade your software by just downloading the update from the manufacturer’s website.

It can test on each pin of VPP, VCC, GND, and I/O information. Along with it can also run inside short circuit test on VPP, VCC current ar the same time.

This program is very easy and convenient to use. It is well designed according to the operating habit of Windows users. It has a built-in binary editor which can be compared to any high professional editing software. You can read, write and modify the bin format, HEX format, JED format, etc easily with this program.

– TL866A/CS does not support ICSP, but TL866II Plus programmer does.

– TL866II Plus programmer has the quality to auto-detect the pin, whereas TL866A/CS cannot do so. 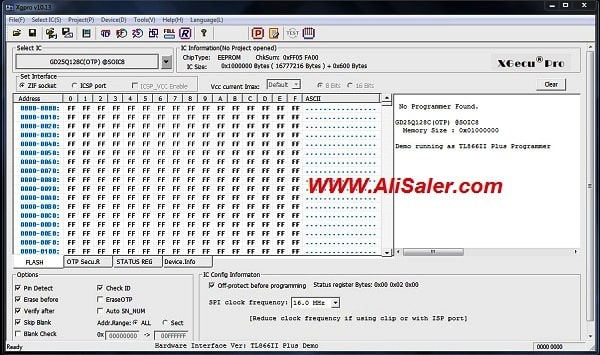 If you need more information about this TL866II Plus and TL866A/CS Programmer do not hesitate to contact me by e-mail at: [email protected] 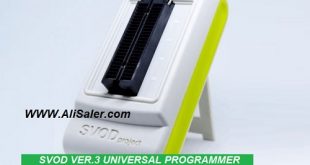 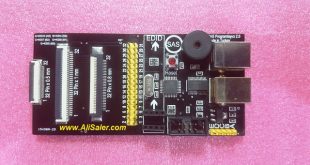 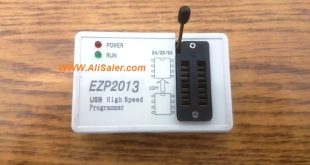